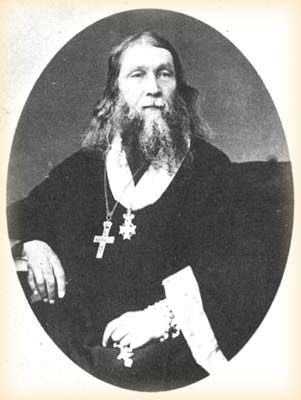 The testimony is of Mother Photini:

Mother Photini is the cell-attendant of the imprisoned patriarch Irenaios, who is in fact the only one currently actively helping the imprisoned patriarch. Mother Photini was born in Australia in a monarchist family of Russian immigrants belonging to the Black Hundreds movement, who fled the Bolshevik God fighting authorities. From an early age she was raised in an Orthodox way and educated in the true spirit of the fear of Christ and His Church. In order to provide the basic needs for the imprisoned Patriarch Irenaios, she has to work hard, sometimes all around the clock, as a guide to pilgrims visiting the Holy Places, in spite of her own old age. It is not uncommon to find her still with pilgrims late at night, but she does it with all the love one can expect from a true Orthodox Christian who sacrifices herself not only for those needing spiritual guidance in these perilous times but for the aging Patriarch himself, who was the subject of a few assasination attempts by poisoning. The needs of the aging Patriarch, who refuses to eat any kosher food which he consider „spiritually tainted”, demand much from her but she never complains. Because of this and other reasons, it is practically impossible to reach the Patriarch nowadays, in part also because some of those in charge with the administration of the Holy Sepulchre make sure that those wishing to see him are misguided that the Patriarch himself is also not willing to receive anyone …

The Testimony of Mother Photini, the cell-attendant of the imprisoned patriarch Irenaios:

„My dear brothers and sisters, please allow me to convey to you a very important message since we, together with the members of our brotherhood will live under the authority of our beloved Patriarch Irenaios, a true martyr of our time. Through me, the unworthy one nun Photini, the Patriarch would like to send you his blessings and his prayers. At the same time he also asks that you may remember him in your prayers, reminding us all that we do now indeed live in the last, and the coming of Antichrist is now to be expected at any time.

What is happening in your country, Russia, are unquestionably very difficult trials, and, how should I say it, what is happening over there will lead to the complete destruction of the Orthodox Faith. Who could withstand, resist this I don’t know. As it is written in the Apocalypse: as Christianity started in catacombs, so it will also end, in catacombs.

Let me bring to your attention some historical facts regarding the current patriarch in Russia, whose name I will not mention again now, you know who he is very well. Here’s what happened here: in 2007 the two Churches united. On 17 May 2007, the two Churches, the Russian Orthodox Church in Exile (ROCOR) and the Patriarchate of Moscow, joined together and celebrated this important event.

While this was happening, Patriarch Irenaios (of Jerusalem) was begging the Church in Exile (ROCOR) not to rush towards unity but rather wait a little longer. He told them that if they would be patient they will be shown all the hidden inner workings, but they did not listen and the enemies of humanity raced to destroy the Church of Christ as quickly as they could. And it happened that in the same year, only a little later, on August 29 2007, Kiril, who was yet only a Metropolitan back then, had an official visit and met here at The Wailing Wall with his dear brothers, the Hasidic Jews, to whom he solemnly promised publicly, live on Israel’s television channel, the following: „My dear Hasidic brothers, I, the next patriarch, will do for you everything in my power to make sure that your dream will come true!”

And this promise he continually tries to fulfill.

But the second most important thing is this: in 2004 in the Gorny Monastery (Mount Monastery) began to build a church dedicated to All Russian Saints. In 2007 the church was completed and was awaiting to be sanctified, and on August 29, when Kiril came, he consecrated the church to the memory of All Russian Saints. A few years after his departure, in 2009 an order was given to have a small cave uncovered in honor of Saint John the Baptist, who is said to had lived in during his earlier years. When excavations began, they came accross the archive of Antonin Kapustin (archimandrite, 1817-1894). It seems that when Khrushchev sold all the estates, the archive was hidden, being buried in this cave, but with this occassion the archive was found, uncovering a priceless treasure. To me, the sinner (mother Photini), was given the opportunity to witness and examine this archive personally.

I’ve read this archive and in there it was written the following: „I, Archimandrite Antonin Kapustin, while working on the foundation of the upper church  from Gorny Monastery dedicated to the memory of all the Saints, I had a terrible vision that I would not be able to complete it, but that it will only be completed right before the coming of the Antichrist and will be sanctified by the Forerunner of the Antichrist.”

The Monastery was sanctified, of course, by Kiril and Mark of Berlin, the betrayer of the Church in Exile. Here it is, here’s the living proof.

I begged them (the sisters of the monastery) to give this archive to me for safekeeping, arguing that as a member of ROCOR and foreigner to this land it will somehow be better protected as they would not dare do anything to me, but the sisters obviously did not consider it appropriate to entrust it to me. They believed that they should hand it over to the Abbess and then further on to others so that many would find the truth and be saved, but they were all miserably deceived. These are not the times when the spread of Orthodoxy works like that anymore, but the time that leads to perdition. The archive dissapeared and all the sisters who have read it have perished, except for me the last one. They all believed that nobody would listen to me anyway being a foreigner, but they were mistaken.

I believe that God will still look in someone’s soul and somebody will understand what is happening today, will listen these words. So you are running, and by running you are doing the right thing, in the catacombs is our only salvation. Remember our imprisoned Patriarch (Irenaios) in your prayers, the martyr of our times. God is still preserving him for a purpose. I still hope and pray that he may be our last hope and light until the very end.

May Christ save you all! May the Mother of God be always with you, forever and ever. Amen!”

32 And such as do wickedly against the covenant shall he corrupt by flatteries: but the people that do know their God shall be strong, and do exploits.

33 And they that understand among the people shall instruct many: yet they shall fall by the sword, and by flame, by captivity, and by spoil, many days.

34 Now when they shall fall, they shall be holpen with a little help: but many shall cleave to them with flatteries.

35 And some of them of understanding shall fall, to try them, and to purge, and to make them white, even to the time of the end: because it is yet for a time appointed.

36 And the king shall do according to his will; and he shall exalt himself, and magnify himself above every god, and shall speak marvellous things against the God of gods, and shall prosper till the indignation be accomplished: for that that is determined shall be done. 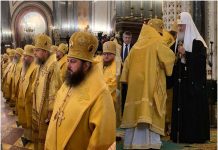 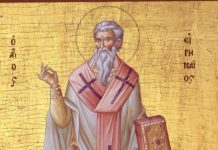 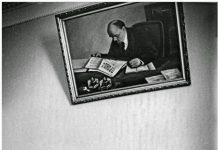